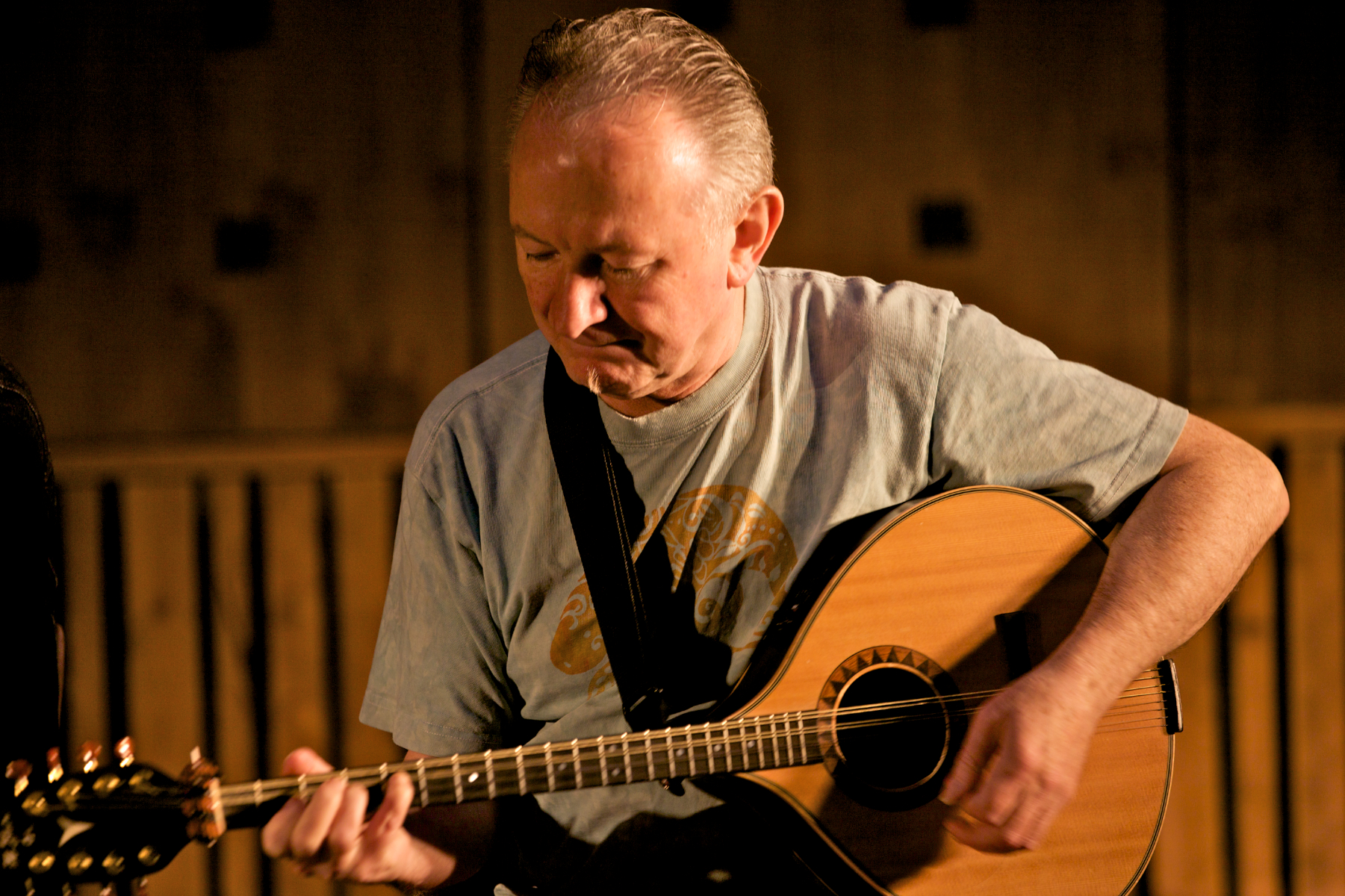 Dónal Lunny has been at the cutting edge of the evolution of Irish Music for thirty years and is generally regarded by musicians and those involved with music, to have been central to this movement. He was a member of seminal Irish bands, Moving Hearts, Planxty and the Bothy band.

He has also written scores for several films including ‘This is My Father’, a major international production starring Aidan Quinn and James Caan.

He has also composed music for theatre (notably The Abbey Theatre and Field Day) as well as TV dramas and documentaries for RTE, BBC and Channel 4.

Most recently he was musical director of the concert in the Albert Hall to mark the President of Irelands ( Michael D. Higgins) first ever state visit to the UK. Artists performing on the night included Imelda May, Elvis Costello and many more