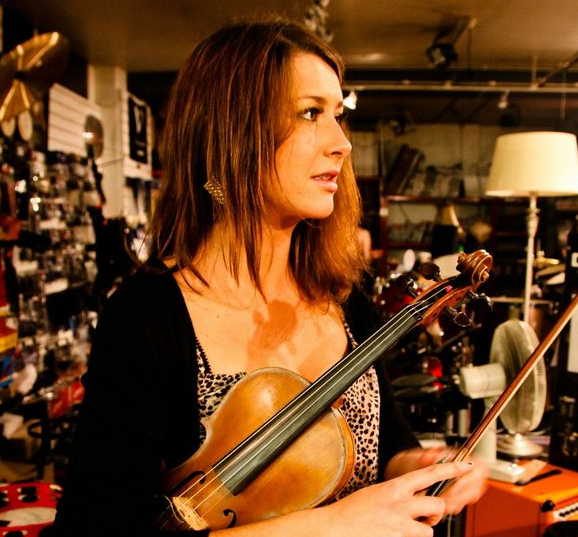 Sarah Lynch is an award-winning film composer who has scored an array of films, TV series, documentaries, commercials and games.

As a classically trained violinist and pianist, Sarah brings that influence along with a background steeped in folk, experimental and rock to her intuitive and dynamic scores.Over the years, she has performed live and recorded with a host of artists including Hozier, Edward Sharpe and the Magnetic Zeros, Glen Hansard, Paul Brady, Shane McGowan, Mundy, Mumford and Sons, and Ed Sheeran. She has also composed orchestral arrangements for prominent artists such as the legendary Mary Black.

Sarah’s talent has earned her an array of awards: In July 2019, Sarah was chosen as 1 of 12 film composers worldwide to participate in the prestigious ASCAP Film Scoring Workshop, which culminated in a 65-piece orchestral recording session at Fox Studios. She was the 2019 recipient of the Michelle and Dean Kay Award, which was presented to her in December at the Lincoln Centre in New York, by the ASCAP Foundation. She was also nominated for the Peer Rabin Music Award at the prestigious Soundtrack Cologne Festival as well as being nominated for a Jerry Goldsmith Award for her composition, Transient Thoughts.